A Few Words of Clarification

As we are heading for an understanding of Pure Land Buddhism, let's try to keep from getting lost too fast by stating the following basic assumptions. We will return to all four of these points, as we will move along, hopefully at a reasonable pace. Still, a few preliminary remarks on where we're heading will hopefully help us to stay on course. 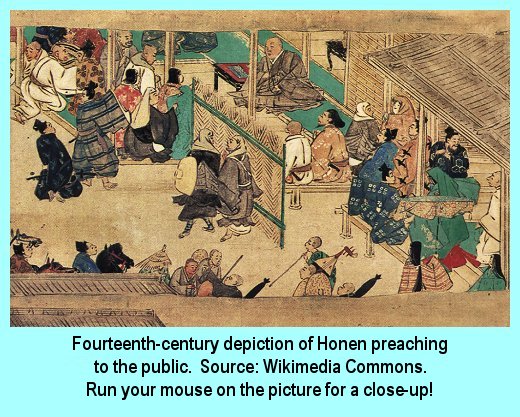 1The Wikipedia articles on specific eras in Japanese history provide a sidebar that gives a quick overview of the periods of Japanese history. It also supplies a more detailed outline as a separate article. The article unnecessarily points out that it is unlikely for such a timeline ever to be considered "complete" by everyone. It supplies much helpful material for the non-specialist.     Back to text.