Right from its beginning, Buddhism saw a lot of diversity among those who called claimed the name of "Buddhists." It is said (e.g. by Dasgupta) that there existed probably about eighteen, perhaps as many as twenty, different schools of Buddhism during the first few centuries after the Buddha passed on. One has to use such qualified language because it is pretty much impossible to make an inventory of all of them. There are a number of reasons for the imprecision: 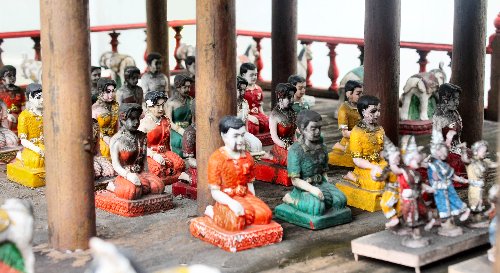 I should think that you get the picture; you should be aware that, when encyclopedias speak dogmatically about these schools, they may be as likely to advance a theory as a historically verified fact. It is not that we have no information, and that any kind of reconstruction is impossible. But it is the case that we don't have enough information to reconstruct the entire early history with assurance.

As far as we can tell, for the lack of a better term, the "main stream" of the earliest Buddhism formed itself in the following way.

Let us remind ourselves as we move on that "Hinayana" is not a synonym for Theravada, but is a collective term to refer to the early Buddhist schools prior to "Mahayana."