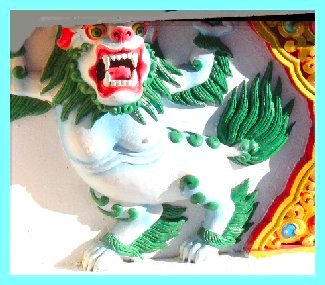 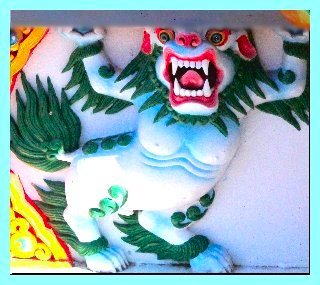 In order to think in reasonable terms concerning Tibet and its religions one needs to keep in mind certain important distinctions. Following the lead of Melvyn C. GoldsteinÆs book, The Snow Lion and the Dragon (Berkeley, CA, U. of Cal. Press, 1997), we should realize that the question of the status of Tibet makes sense only if we keep track of all of the parameters. We do not want our website to be political in nature, but, since the topic of Tibet is nothing if not politically charged, we think it may be helpful to supply some clarifications. Hopefully a better understanding may clear the road to an equitable resolution.

For one thing, the geographic distinction alluded to on page 1 of this section between political Tibet and ethnic/cultural Tibet is important. The latter area is much larger than the former, and it includes geographic regions that have been provinces of China for a millennium. Ethnic Tibetans have lived in these areas and maintained a certain amount of their culture, but were subject to the Chinese government. When the Communists took over and many Tibetans fled to India, a sizable portion of these refugees included people from these regions.

Political Tibet is the area on which we have been focusing in this section, and we can identify it roughly as the area over which the Dalai Lama traditionally held sway. As we have seen previously, political Tibet was rarely free and independent. When the thirteenth Dalai Lama declared Tibet to be a sovereign nation, the rest of the world ignored him because most countries reckoned Tibet as under ChinaÆs control. For the last thousand years or so, Tibet has existed under the watchful eye of some other government, whether it be the Mongols, Manchurians, or Han Chinese. Quite a few of these Tibetans (including the Dalai Lama) also escaped to India when China under Mao Zedong sent troops into Tibet in 1959.

We see, then, that the refugee community in Dharamsala, India, consists of two different groups: those ethnic and cultural Tibetans who escaped from the politically Chinese provinces and those who escaped from political Tibet. Thus, when we consider the movement to free Tibet, we have to take cognizance of the different aspiration in the size and nature of the goal of the various leaders. By ôsizeö we mean the geographical extent of the envisioned Tibetan homeland. There are those who are limiting themselves primarily to political Tibet, but there are many others who are thinking of the entire region of ethnic/cultural Tibet. If China were to concede the request of the former group, it would be a matter of giving back what it took in 1951. For the second group, China would have to turn over provinces that have been a part of China for a long time.

The ônatureö of the envisioned free Tibet also comes with different expectations. We need to distinguish between ôsovereigntyö and ôautonomy.ö A country is sovereign when it is independent and its political leaders do not have to answer to anyone above them. ôAutonomyö means that the country is self-governing on a day-to-day basis, but that there is another country that has the final say and can intervene if the local government acts contrary to the interests of the supervising country. In such cases, e.g., with regard to the Mongols and Tibet, the dominant country is said to exercise suzerainty over its vassal or colony. As a present-day example, Mongolia consists of two parts: there is the sovereign Republic of Mongolia (sometimes called ôOuter Mongoliaö) and the autonomous region of Mongolia, which was integrated into China (ôInner Mongoliaö) under the Qing dynasty.

Now the question comes up as to what the Tibetan exiles are asking for. We assume that the above information has already given away the answer: Different Tibetans are hoping for different outcomes. On the one hand, the staunchest contenders for a free Tibet are demanding a sovereign state that encompasses not only political Tibet, but also ethnic/cultural Tibet. For some leaders among the refugees (including the Dalai Lama), this goal appears to be unattainable; they do not expect that China would ever make such a concession. These relative moderates are willing to settle for an autonomous Tibet that would maintain Tibetan culture and religion and would be governed by Tibetans. For a long time the hope was that the Dalai Lama would return as ruler of Tibet, but, as we mentioned earlier, he himself has advocated a more democratic and representative form of government. (See for example, this announcement in the reports on the websites for The World Today or The Economist.) Still, in whatever way the imagined Tibetan state would be constituted, the plan of the more moderate advocates would allow for Chinese suzerainty. In certain aspects, the situation would be similar to the status of Hong Kong and the PeopleÆs Republic, captured by the slogan, ôOne country, two systems.ö

Although different leaders of China have taken different approaches over the last sixty-some years, on the whole ChinaÆs goal has been to integrate Tibet into the PeopleÆs Republic. One method that has been used is to allow populations of Han Chinese (the ethnic majority of China) to move into Tibet and establish businesses there, an approach that has been responsible to a certain extent for marginalizing ethnic Tibetans economically and culturally in their own country.

Complexity does not necessarily imply moral ambiguity. Human rights violations should not be excused. Germany paid reparations to many survivors of the holocaust after World War 2. China should be held accountable for the wanton damage it has done to the Tibetan people, particularly the attempted decimation of all things Tibetan during the so-called Cultural Revolution. However, as Goldstein pointed out, eliminating the human rights violations would not solve the problem of who owns Tibet.

Of course, there is always the concept that all people have a right to self-determination. Unfortunately, as easy as it may be to use this notion in making one's case for independence, it is also fraught with difficulties. It surely does not mean that anytime a group of people is dissatisfied with their government, they are entitled to form their own sovereign country. There is no given way of drawing the line. Is participating in a democratic form of government sufficient to count as fulfilling this principle? The point is that invoking the right to self-determination by itself will not be sufficient to cut through the Gordian knot of the issues surrounding Tibet.

Under either plan the one of an unrestricted sovereign Tibet or the more moderate idea of an autonomous Tibet, the question comes up as to how free a free Tibet would be. The refugees are aiming for a country with freedom of religion. Nevertheless, there is no question that the immediate object is a Buddhist country under the leadership of the Dalai Lama or some other structure. The scholar Marietta Kind has demonstrated that the adherents of the B÷n religion among the exiles have felt compelled to declare themselves Buddhists and revise their practices somewhat in order to be a part of the independence movement. At times Tibet has hosted some Christians, e.g., Jesuit missionaries, but there have also been some incidents of the persecution of Christians early in the twentieth century (as described, for example, in the article linked to here).

As we have pointed out right from the start of this section, when it comes to Tibet, politics and religion cannot be separated. This reality implies an ambivalence for Christians with regard to Tibet. Freedom and autonomy (if not sovereignty) for Tibet seem to be worthy goals. Any discrimination against the Tibetan people, let alone violence, must cease. The Dalai Lama has been a charming and persuasive spokesman on behalf of Tibet against Chinese abuses. However, Christians may need to remind themselves that the reestablishment of an exclusively Buddhist culture and government would not be the optimal outcome from their point of view. Instead, one hopes for the wisdom that King Ashoka showed in India when he declared Buddhism to be the religion of his dominion, but allowed all persons to practice their own religion under the slogan, ôTruth Alone Triumphs.ö